The service of unveiling or commemoration is a formal dedication of the monument.  It is customary to hold the unveiling within the first year after death.  It can be held at anytime between the end of shivah and the first yahrzeit.

Unveilings are held on specific days when grave visitations may be made, as outlined below.  They are held in all weather and, in our day, precisely on time.  With a shortage of rabbis for the large number of unveilings that are concentrated in the few Sundays of spring and fall, it clearly is advisable to call the Rabbi many weeks in advance and to set the date after consulting with him.

The unveiling ceremony is the formal removal of a veil, cloth, or handkerchief draped over the stone.  It symbolizes the completion of the tombstone.  The unveiling may be performed during the service by anyone the family designates.

The service consists of the recitation of several Psalms: 1, 15, 23, 90, 91, 103, and 121, and, on certain days, when the Tachanun prayer is not recited, Psalm 16; a eulogy; the removal of the veil; and the El Mal’e Rachamim and Kaddish.  For purposes of reciting the Kaddish, a Minyan is required.  In the Minyan are included all Jewish male adults present.  If no Minyan is available, the unveiling may still be held, but without the Kaddish.

The rabbi may suggest placing a pebble on the monument upon leaving.  This custom probably serves as a reminder of the family’s presence.  Also, it may hark back to Biblical days when the monument was a heap of stones.  Often, the elements, or roving vandals, dispersed them, and visitors placed additional stones to assure that the grave was marked.

Customarily, a rabbi will deliver the eulogy; if the family prefers, they may designate a family member or friend to do this.  If the rabbi was not personally acquainted with the deceased, it is advisable to outline the deceased’s life and goals before the service.  If the family is enthusiastic in its admiration, rather than bored and indifferent, the eulogy will reflect this sincerity and devotion.

Unveiling cards often are sent to friends and family several weeks in advance of the date.  One should be sent to the rabbi as well.  Care should be taken to record the precise location of the grave and specific and clear instructions on how to reach the cemetery and the gravesite.

In earlier ages a snack may have been served at the cemetery because of the long trip involved.  Or perhaps a drink was served, so that in raising the glass of wine, mourners could say, le-chayyim, “to live,” implying “not to death.”  Today, however, drinking is associated primarily with socials and bars, and a spirit of levity usually prevails.  Eating and drinking on the cemetery grounds are in questionable taste.  This custom should be discouraged. 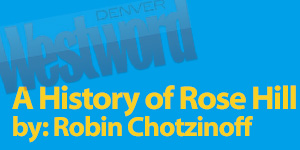